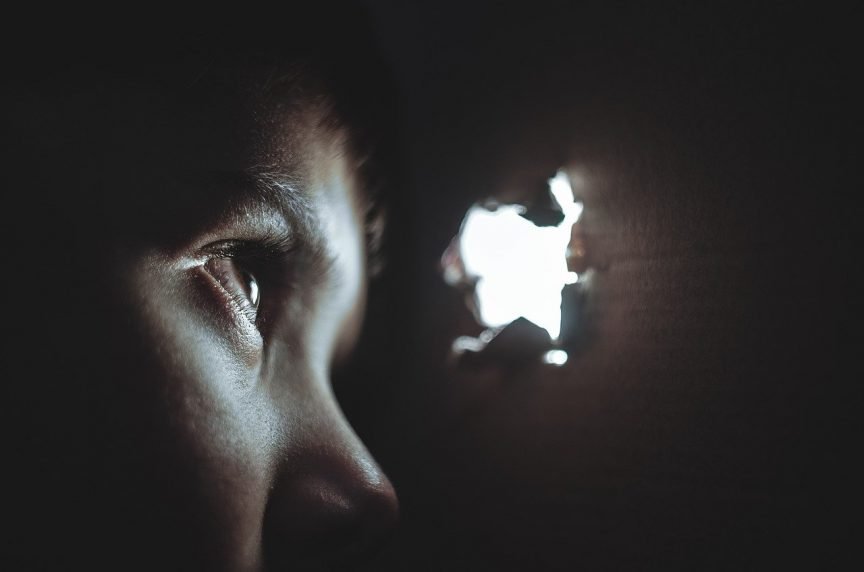 On April 22nd, 2017 an estimated 1.7 million South Africans gathered together for the largest prayer meeting in the nation’s history. When discussing this event with a friend of mine who was born and raised in South Africa, he asked me what I would say if I ever had the opportunity to speak to that many people from a stage. Clarifying with him that I wouldn’t have to stick to the subject that this particular meeting was about (see article), I was surprised by how difficult it was to focus in on what I thought would be the most productive use of such an opportunity.

After a couple of hours thinking about all the different truths, lenses, opinions, and experiences that I could share with a crowd of that size, I concluded that the most useful message I could share with them is a ‘teaching’ that I call “Drunk-Daddy-God”. It goes a little something like this:

God’s kids were playing around in the house one day while dad was away at work. Dad had always told them that they could do whatever they wanted as long as they didn’t break the magical vase of good and evil. As you would guess, the day came when the kids were messing around in the living room and Eve knocked over the vase and broke it. Not knowing what dad was going to do, the kids immediately hid themselves behind the couch and waited for dad to come home.

When dad finally arrived, he saw the broken vase, found the kids, and started cursing at them. He told them they were going to die for what they’d done, and that he would never forgive them. He didn’t immediately kill them right then and there, but instead starting drinking the mystical Wrath wine that he kept in the basement. As he continued to drink cup after cup after cup of this wine, their older brother Jesus came home from school and realized what had happened.

Jesus was dad’s favorite. After all, Jesus was the only ‘real’ kid that dad had. All of the other children were adopted and looked nothing like Jesus or dad. Still, Jesus really loved his brothers and sisters, and couldn’t help but feel sorry for them.

Just as Jesus was going to start talking with the other kids about what had happened, dad came up from the basement drunk out of his mind. He had finally had enough to drink, and it was time to kill the kids. As dad scanned the room to find the foolish adopted kids being comforted by Jesus, he marched straight for them with his fists clenched. Instead of standing by and letting dad’s loving justice murder his brothers and sisters, Jesus stepped in front of dad’s first swing and took the punch right in the face. Not to be deterred, dad just kept swinging, and Jesus kept stepping between dad’s fists and the kids.

Finally, after dad had beaten Jesus within an inch of his life, dad turned his back and let Jesus hug the kids one last time. As Jesus was hugging his younger adopted brothers and sisters, he slumped over on them and died. At the sound of Jesus’ last breath dad turned around to see that loving justice had been served, and then went upstairs to clean up.

Where we are today

To this day, no one really knows if dad’s anger was satisfied with the death of Jesus and that is why he never killed the kids, or if it was simply because the kids were hiding under Jesus’ dead body and dad was too drunk to find them. Some say it was because Jesus’ blood was all over the place and the kids were so covered in it that dad couldn’t tell the difference between Jesus and the kids. Others say that dad slept it off and sobered up for work the next day, but that he’s going to come home from work again and kill any other kids that are in the house and didn’t get mixed up in the bloody mess of Jesus’ body.

Regardless of your opinion about the magical vase or mystical Wrath wine in the basement, everyone in the house knows that daddy is the perfect embodiment of love, and everything he does is just. Yes, we all feel really bad that Jesus had to be murdered on our behalf, but for now it sure seems like that is what makes drunk-daddy-god happy.

While murdering his children who make mistakes may seem like an extreme way of finding happiness, we’re not allowed to ask questions about daddy’s decisions because his ways are higher than our ways. Sure, we can ask him for food, toys, new clothes, and other basics of life, but we must never ask him why he chose to get drunk and murder Jesus. And most of all, we must make sure every child in the house goes and covers themselves with some of the blood that’s still in the living room so that next time daddy gets drunk he won’t be able to see them and murder them too.

There is a better way

Before I go any further, I want to apologize if any of the imagery in this story stirred up any emotions or memories that were a little too real for you, naturally or spiritually. I absolutely hate the fact that there are people on this planet who have had to endure natural fathers who behaved this way, but I also didn’t feel like I could soften the story much more without losing the reason for its telling in the first place.

I chose this as the message that I would deliver to 1.7 million people for the simple reason that this ridiculous story is really the message that many people hear when Christians try to tell them the ‘gospel’, and it breaks my heart that my Father is portrayed like this a vast majority of the time.

Even worse, the reason Christians are telling this story is because this is the one they themselves actually believe.

In my opinion, the ONLY logical and sane reaction to this type of presentation of a ‘loving’ God is atheism, and if that is where you stand today, I would like to thank you for not believing in Drunk-Daddy-God. This god is a lie. This father is an evil psychopath that should be locked away forever. This story (known theologically as ‘Substitutionary Atonement’) is anything but ‘good news’.

There is a part two

This story is the one that religion has told all of us for the past 2,000 years, and I believe it is starting to be seen for the insanity that it truly is. If this is the only story you know of God, I have some actual ‘good news’ for you in Part 2 of this article (to be published tomorrow).

If you are like me and this story really does sound like the Father that you have been presented with in your religious journey, let me encourage you to allow the insanity of this perspective to work its way deep into your heart. When you truly realize that this is the god that you have been trying to love, I believe it will begin to break apart the walls of protection that you have constructed between you and the Father, and you will start to see just how silly it is that you ever thought of Him like this in the first place.

In reality, He truly is love. Now you just have to figure out what that even looks like on the next level of your Spiral of Truth.