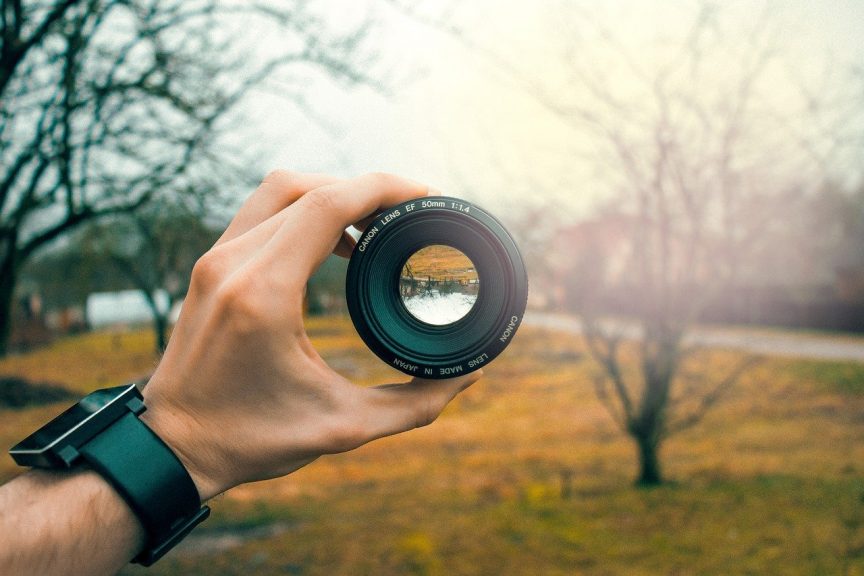 A few years ago I was teaching what I call ‘New Age Christianity’ at a small conference in Grand Rapids, Michigan, USA. In an attempt to give the audience enough “space” to peacefully reject the things that I was saying, I outlined my sessions as six different “lens changes” that I wanted to cover with the group.

When I got to the end of the second lens change a man, who was obviously uncomfortable with what I was saying, asked me why we need ‘lenses’ to look at the scripture through. “Why can’t we just seek to find the perspective with NO lenses?” he asked.

In other words… Why don’t we just seek to find the pure, un-biased, un-filtered, lens-free perspective of the scriptures? Makes sense, right?

But here’s the problem… In answer to this question, I tried to point out to the man that even his perspective (that there is such a thing as “lens-free” truth) was… in itself… a lens. Talk to someone else about it and they will tell you that truth is all relative. Guess what? Another lens.

I’m not making a case for truth being relative; I’m making a case that people’s PERSPECTIVE of truth is relative. There’s a big difference.

Lenses exist by the mere fact that we all live our own lives. These lives give us lenses. Yet, for some reason, some people think they are capable of removing all of their lenses and seeing everything objectively, purely, and perfectly… WHICH IS ANOTHER LENS!!

Lenses EXIST. They ARE. Some are good, some are bad… Depending on what lenses you’re looking through when you see someone else’s lenses.

Perhaps the most dangerous lens, however, is the one that this guy was wearing that day. The lens that says, “I am the one and only lens that shows you perfect perspective… so much so, that I don’t actually exist. I’m such a pure lens, that I’m not even a lens at all.”

People who wear this lens will never be able to be honest with their own beliefs. Not to mention that they use their “lens-free” perspective of truth as a battle axe to fight everyone else who doesn’t agree with their “perfect perspective”. We’ve all seen this time and time again. The simple fact is that lenses are neither good nor bad in and of themselves. The only danger is in thinking that they don’t exist. (Like Keyser Soze, from the movie The Usual Suspects.)

Realizing that this man was genuinely concerned that I might not be “sure” of what I was teaching, and that I was using “lenses” as an excuse for being wrong (as his lenses had so clearly surmised); I then asked him if it would make him feel any better about my teachings if I stood up front and claimed to be the only teacher on the planet who had the completely un-biased, lens-free understanding of scripture. I asked this question as a group-style rhetorical question in order to keep the meeting moving, but something tells me it would have bothered him even more had I portended to be the very thing that he was asking me to be.

Let me stop right here and say this. If anyone ever claims to be your source for “lens-free” teaching… RUN!!!

This is not to say that you need to find teachers who aren’t “sure” about what they are teaching. That would be equally stupid and a waste of time. Why would anyone listen to a teacher who constantly confesses that they don’t know what they are talking about?

No. The point is to find teachers who are SURE about what they are teaching, but do not pretend to be YOUR source of un-biased truth. There is NO ONE who should take the place of Christ as your head, and the Holy Spirit as your guide.

A source of truth

For my part… I am 100% convinced of every truth that I believe. If I wasn’t, I wouldn’t believe them. Nevertheless, you CANNOT take MY beliefs as YOUR source of truth. You MUST learn them from the Spirit. From within.

By all means, if I hand you a new set of lenses to look through – try them on. Wear them for a while. Take them out to dinner. Go for a jog. Look at the world through them. Share them with your friends. But you must not keep them. These are MY lenses. Not yours.

If you want to keep these lenses, you are going to have to go to the Holy Spirit and get fitted with your own pair. Tell him, “Spirit… My friend Austin let me borrow his lenses for a while and I really like them. They are so comfortable and easy to wear. He said you gave them to him. Can you make me my OWN pair like that?”

If I have learned anything in my ministry, I have learned that no one else can see things exactly the way I do. We can be very close, but my “prescription” is custom made for me. Every time someone tries to wear my lenses for an extended period of time, their OWN vision gets blurred. The world doesn’t need another Austin Fletcher. It’s already got one. The world needs you. You need your own vision. Not mine.

Producing the Fruit of the Spirit

When you try on other people’s lenses, don’t worry about how smart they make you look. Don’t try to quantify how much clearer you can see than the guy next to you. Don’t waste time comparing “this lens” with “that lens”. Just wear them and see how they make you FEEL.

If a pair of lenses doesn’t produce the Fruit of the Spirit in you… TAKE THEM OFF IMMEDIATELY!!!

For instance, if a pair of lenses makes you love others more and judge them less, that’s probably a good sign that they are better than the last pair you had on. Sure, they may not be as clear as the next pair you put on, but they are better than the last. This is no different than the seasons of a fruit tree that produce more and more fruit as each new set of leaves comes with the spring.

Produce better fruit next year than you did last year. See more clearly tomorrow than you do today. Let yourself grow, and give others that same grace.